Let’s not kid ourselves. It is an incredible time to be in the gaming business. Let’s put aside that the pandemic arrived in February. The ensuing national lockdown created a supercharged tailwind for the gaming segment’s major players, as kids suddenly stuck at home needed to be entertained. New, beefed-up consoles from Microsoft and Sony will be in the market for the holiday season. PC gamers are salivating at NVIDIA’s efforts to drive more affordable 4K performance. VR-based gaming is likely to get a significant boost with Oculus’ new, lower-cost VR headset. Let’s take a closer look at why the major players in the gaming business are likely smiling. 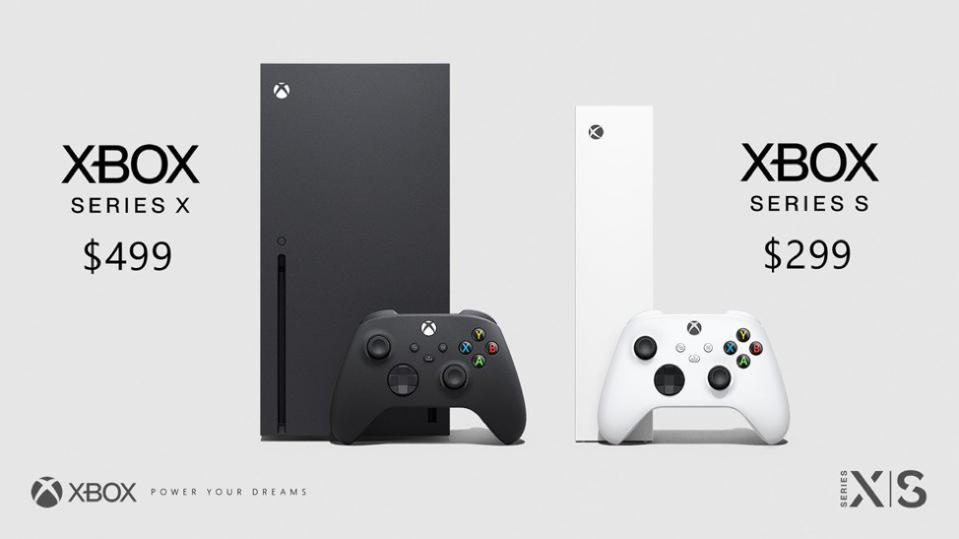 #1: Preorders for Microsoft and Sony’s new console refreshes off to a sizzling start

Microsoft began accepting preorders for its new next-gen Series X and S earlier this week and quickly sold out. The preorder situation was so intense that multiple retailers’ sites crashed during early preorder hours. According to Amazon’s Movers & Shakers page, Xbox One X sales were up over 740% compared to the day before. This momentum is not likely to dissipate, considering Microsoft is not only refreshing its premium model (the Xbox Series X carries a $499 price point) but offering a more affordable, somewhat lower-featured Series S model at $299. 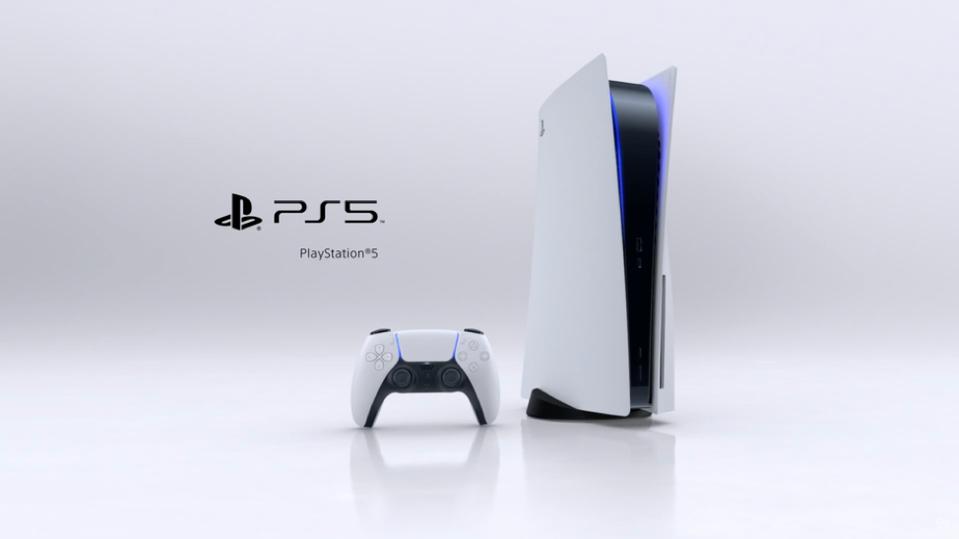 Preorders for the new Sony PlayStation 5 have been equally impressive. The next-generation Sony console, which will hit stores in mid-November, is being offered in two versions: a $400 disc-less version and a $500 model with a Blu-Ray drive. Many retailers exacerbated the PlayStation 5 preorder madness by jumping the gun and starting orders on the day before they were scheduled to begin. The result was nearly instant sellouts and a lot of angry gamers. Sony acknowledged the disconnect between supply and demand with a tweet on September 19th with an apology and commitment that it “will release more PS5 consoles for preorder” and pledged that “more PS5s will be available through the end of the year.” 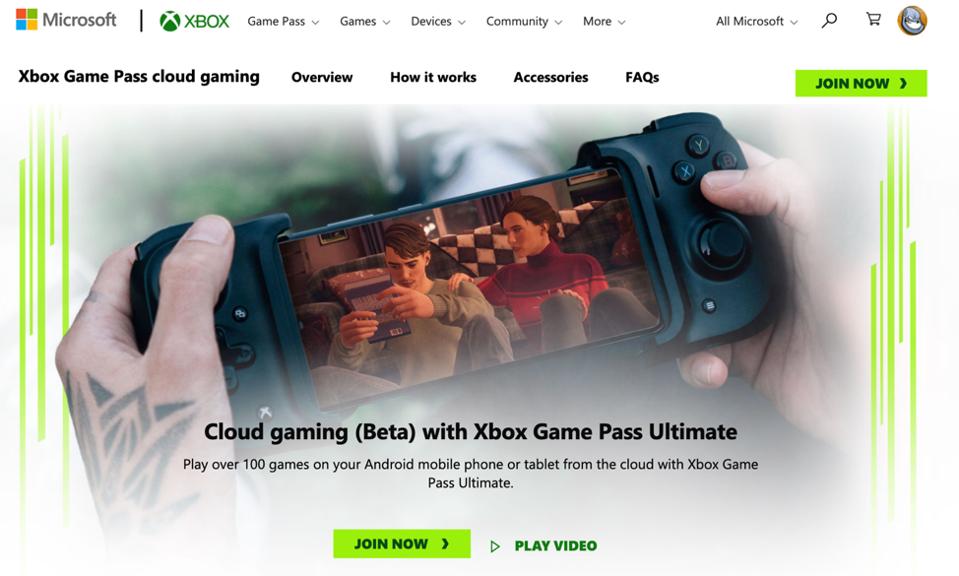 The excitement for gaming is not merely confined to the hardware side of the business. Industry experts are forecasting 2021 to be a stellar year for cloud gaming.

More than 25 cloud gaming services will launch in 2021, setting the stage for an increase in cloud gaming revenues to $12B by 2025, according to OMDIA, a research firm that follows the gaming market. While the global gaming market segment is relatively small ($1.4B in 2020), it’s expected to grow at a notable 54% CAGR over the next five years.

Cloud gaming still has a way to go in the eyes of many serious gamers. Google’s Stadia service, which was launched in earnest in late 2019, has been less than a rousing success, due mostly to its very paltry game library (in comparison to Microsoft and Sony). PC and console gamers are notoriously selective when it comes to their gaming experiences; Stadia’s inability to provide true 4K and 60fps-class performance, coupled with its lack of compelling titles, have made it hard for Stadia to attract these high-end users.

Not to be outdone, Apple’s Arcade service, which launched last fall to much fanfare, is the Cupertino company’s attempt to capture its chunk of the gaming market. It’s a fantastic service for families with young children, but its library of games is limited to mobile titles and is not likely to attract committed hard-core Xbox and PlayStation devotees. Nevertheless, there’s a large market out there for casual gaming that Apple will be able to leverage, and the company’s new Apple One service bundles should go a long way towards making Apple Arcade subscriptions mofe affordable and accessible—especially for multi-device Apple households.

And then, there are the stunning improvements in hardware, both in the console and PC segments, that are now starting to materialize. These hardware improvements are likely to ignite a new “golden age of gaming” with more immersive gaming experiences than ever before.

Both the new Xbox Series X and PlayStation 5 will utilize AMD’s new “Zen 2” CPU and an AMD-developed graphics processing unit. While the CPU clock speeds will vary slightly (the Xbox Series X uses 3.8 GHz CPU while the PlayStation will throttle up to 3.5 GHz), this processor performance, along with 16GB of embedded memory, will deliver stunning games at both 4K and 8K resolutions (though at limited refresh rates). Load times for games, one of the most common gamer complaints, should be virtually non-existent due to the use of wickedly fast solid-state drives that utilize an optimized, unique system architecture (and custom SSDs in the case of the PS5). These new consoles also take advantage of ray-tracing, a technology that allows light and shadow to look incredibly realistic in games. Audio on these new consoles is also getting a makeover with 3D sound implementation for a more immersive experience.

PC gaming is certainly not being left out of the excitement. Without getting into the legendary debate of which processor brand is better for gaming, both AMD and Intel continue to innovate at the CPU level. Intel’s 10th Gen Core i9 desktop processors run up to 5.3GHz with 10 cores and 20 threads. Meanwhile, AMD’s renaissance continues with its third-generation Ryzen processors, which provide gamers with robust gaming performance, often at a more affordable price.

While desktop-based PC gaming is still the most no-compromise platform (if price is not a consideration), laptops have made enormous strides in both processing and graphics power. NVIDIA is still the preferred brand in the gaming PC. Its GeForce RTX 20 and GTX 16 Series provide levels of performance in thin laptop designs considered to be impossible just a few years ago. The company’s newly announced RTX 3090 can purportedly handle 8K gaming at 60 fps, which consoles can’t do. In short, there has never been a better time to buy a laptop for PC gaming.

Despite all the good news about the overall category, the gaming business has suffered from some melodrama. Apple is playing hardball with Microsoft, preventing it from offering its Game Pass app on Apple’s App Store. Apple butts heads with numerous companies due to its stringent App Store policies (the most notorious example being the feud between Apple and Epic Games). However, Microsoft recognizes that it cannot optimize its revenue potential without a presence on Apple mobile devices. Microsoft has expressed some optimism that it can “get to some resolution” soon. Hope springs eternal.

Beyond that, the overall game category seems to be firing on all cylinders. It has benefited from the pandemic’s tailwind in all segments, as people were forced to lock down and seek entertainment at home.

It’s likely that the gaming space’s momentum will remain relatively high for the next few years, with the growth and adoption of 5G (which provides significant latency and performance benefits). Another “X” factor that will fuel growth in the gaming space is the legalization of wagering on online gaming, spurred by the Supreme Court decision in 2018. Regardless, the gaming space is experiencing something of a “Roaring Twenties” phenomenon, and it’s fun to watch.

Disclosure: Moor Insights & Strategy, like all research and analyst firms, provides or has provided research, analysis, advising and/or consulting to many high-tech companies in the industry, including some of those mentioned in this article and related to it including Intel, AMD, NVIDIA, Microsoft, and many others. The author does not have any investment positions in the companies named in this article.

This article was written by Strategy and Moor Insights from Forbes and was legally licensed through the Industry Dive publisher network. Please direct all licensing questions to legal@industrydive.com.