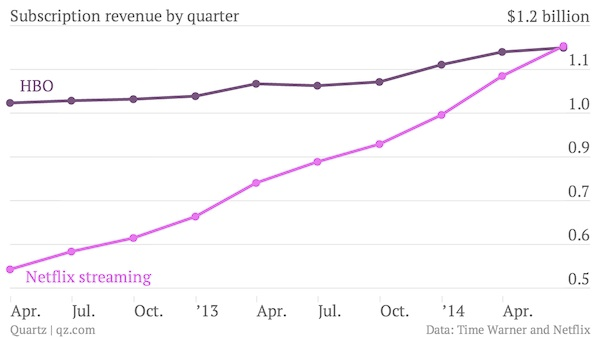 Netflix demonstrates the power of scaling subscriptions.  Neflix now has more subscription revenue than HBO  ($1.146 billion versus $1.141 billion). HBO is still vastly more profitable ($548 million versus $ 71 million), but the above chart says it all in terms of subscription growth. Netflix currently has around 36 million US subscribers, and roughly 14 million international customers using its services. Mashable says that HBO has about 29 million subscribers in the US. Which begs the question: when will HBO untether itself from onerous cable bundles?

The Adobe model inspires more creative software makers. Autodesk released the latest version of its Sketchbook Pro with a new subscription model. A free “starter edition” provides tools to create basic drawings and acts as an introduction to the software for new users. Beyond that, a paid membership of either $24.99 per year or $2.99 per month makes available SketchBook Pro 7 with a variety of new tools. The SaaS model is particularly appealing to creative professionals who are done with annual updates. 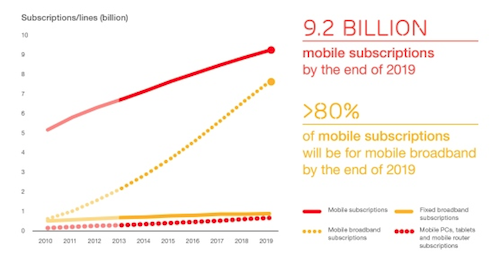 Next year the total number of mobile subscriptions will exceed the world’s population. Ericsson’s latest mobility report also claims that in two years time, smart phones will outnumber basic cell phones. Mobile subscriptions have grown by 7 percent year-over-year, with 120 million net additions in Q1 alone. Mobile broadband subscriptions also continue to grow and will reach 7.6 billion by the end of 2019, representing more than 80 percent of total mobile subscriptions. A world where everyone has a smartphone will be a very different place. 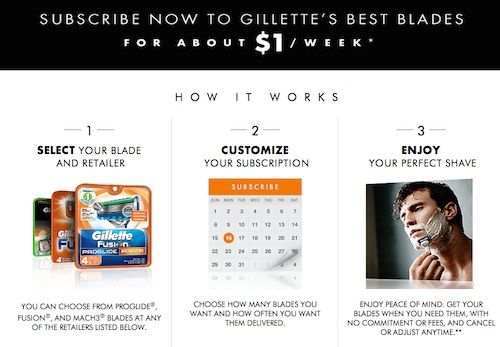 P&G strikes back. Proctor & Gamble is now offering razor blade subscriptions. Nielsen reports that as of April 12, offline razor cartridge sales fell 10.6% in units and 5.3% in dollars. According to the Wall Street Journal, “Subscription services are one area where consumer products, still mainly a bricks and mortar affair, are doing well online. In the razor segment, much of that business has been taken by Dollar Shave Club, which claims it ships 5.4% of all razor cartridges sold in the U.S., and others like Harry’s and 800Razors.” 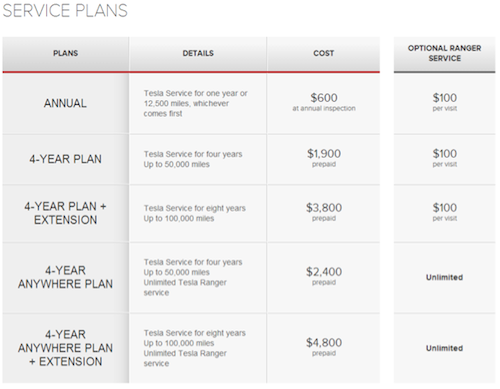 Tesla sells apps on four wheels. It’s new Model S service plan model looks remarkably like a typical SaaS product offering, and performance issues are solved with software updates. The company plans on producing 100,000 cars a year by 2015, which would make it larger than the luxury arms of Lincoln and Porsche. When does Tesla open its platform to third party developers – an app store for your Model X? 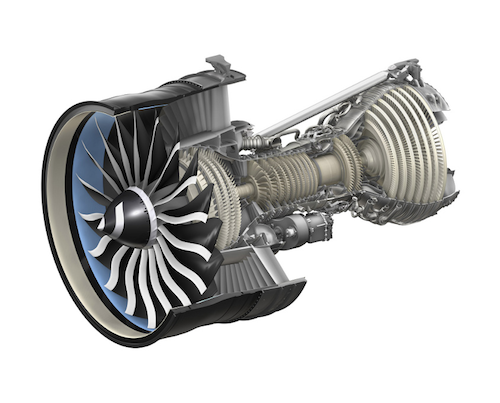 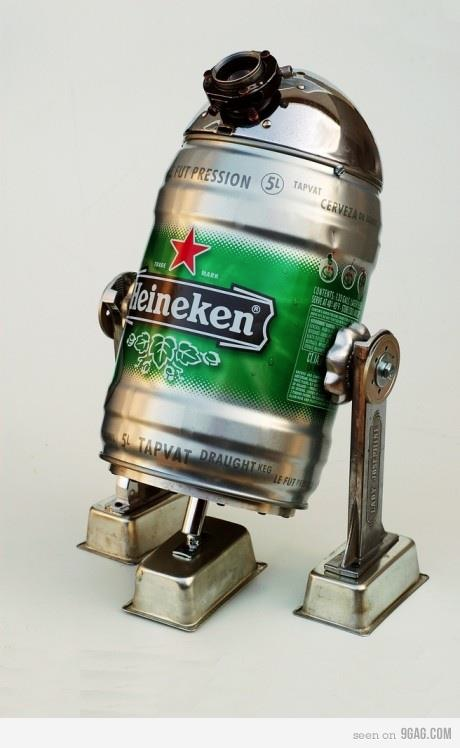 Heineken offers another instance of IoT enabling manufacturers to skip over the procurement and sales layer. Heineken’s beer kegs have become a connected services as a result of web-enabled sensors. Volume levels and freshness are continuously monitored, so Heineken has end-to-end visibility on the quality of its beer. Cheers to that.